The Mária Kopp Institute and Semmelweis University, Budapest will start working together to bring the family and health sciences closer together. The corresponding agreement was signed in the KINCS.

Professor Béla Merkely MD, President of the Semmelweis University while praising the work of Mária Kopp, whom KINCS has been named after, said that in the framework of the cooperation the two institutions will conduct joint research, prepare training material, organize courses, and conferences together.

Mária Kopp not only made a lasting contribution as the Head of the Institute of Behavioural Sciences at Semmelweis University, but also made a very serious achievement in family policy: her goal was to reach that parents have as many children as they planned and wish for, the rector recalled. As he said, the work of Mária Kopp is continued by her students, so her philosophy and intellectual heritage continue to live after her death. 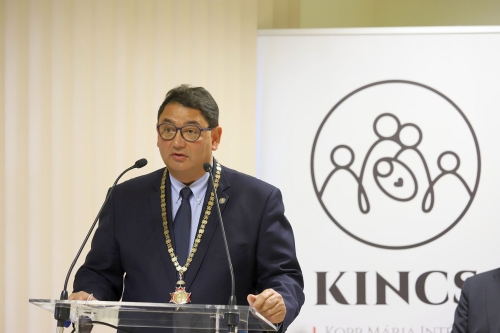 Tünde Fűrész, President of KINCS, presented: within the framework of the agreement, the institute will launch an internship program, and they will contribute to the University’s family sciences MA training currently starting. At the same time, she called it a great honour that after the University of Debrecen and ELTE, KINCS also cooperates with "the best university in Hungary", Semmelweis University.

She recalled that Mária Kopp, for more than half a century, had carried out her "uniquely successful scientific activity" within the walls of Semmelweis University. As the founder and leader of the Institute of Behavioural Sciences, she achieved outstanding results in the study of psychosomatics, behavioural science and the state of mind of Hungarians, she listed.

Tünde Fűrész recalled that Mária Kopp founded the Population Roundtable in 2009 and, as its leader, put a package of proposals on the government's table in 2010 that, as she put it, "fundamentally defined the family-centred governance that was starting at that time". 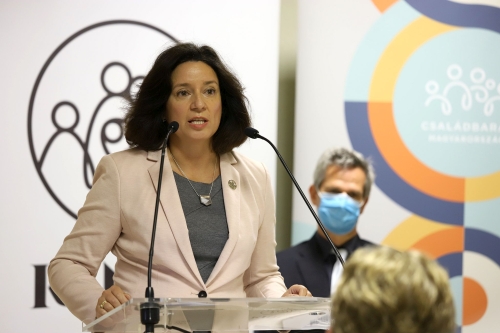 Róbert Zsigó, Parliamentary State Secretary for Families, emphasized that strengthening families was one of the most important national policy objectives of the Hungarian government. This is also indicated by the fact that from October 1, Katalin Novák will now be the Minister Responsible for Families in the government, he pointed out.

He stated, while listing the results of the government's family policy over the last ten years, that next year, the cabinet will provide two and a half times as much support - more than HUF 2,300 billion - to families as in 2010.

According to him, the future of the nation is determined by the quality of life of families, because, as he emphasized, "a strong nation can be built from a physically and mentally balanced, harmonious family". On the relationship between health care and families, Róbert Zsigó said that the government's diverse family policy measures help families and the healthy physical, mental and spiritual development of children through a number of measures.

He also mentioned the experience of the coronavirus epidemic: a key element in the successful overcoming of barriers is the integration of health and family protection. The collaboration between KINCS and Semmelweis University is also an excellent example of how these two areas can strengthen each other, he pointed out. 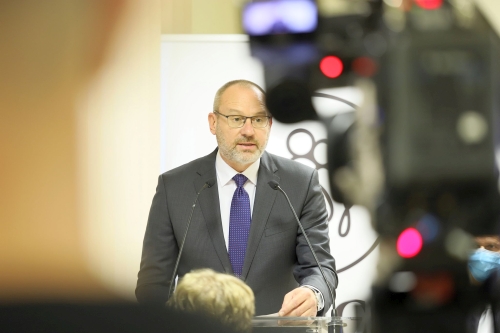 Attila Beneda, Deputy State Secretary for Family Policy, spoke about the fact that KINCS is a policy institute that is "curious" about the scientific basis and good international examples, and tries to implement them in Hungary as well. 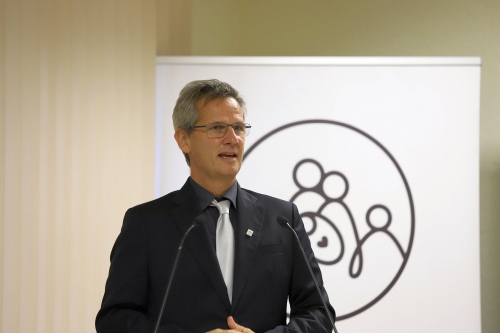 According to Miklós Szócska, Dean of the Faculty of Health and Public Services at Semmelweis University, their mental health institute is fulfilling a serious mission with family therapy trainings, which has been "put in place" in cooperation with KINCS. 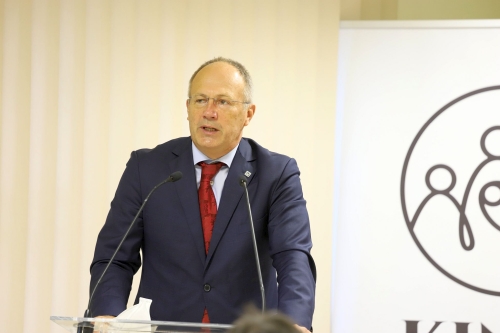 Beáta Pethesné Dávid, Director of the Institute of Mental Hygiene at Semmelweis University, spoke about, among other things, that those people, institutions and knowledge leading to a common goal must belong together. 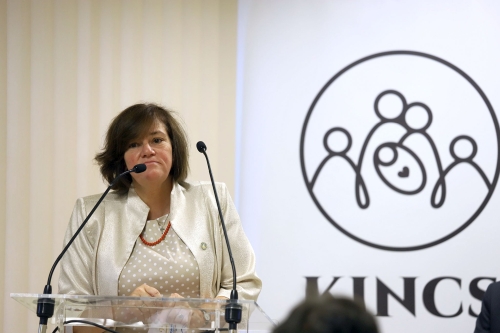