The intergenerational alliance is of paramount importance during the coronavirus epidemic, this is why the government strengthens cooperation between young people and the elderly, said István Hollik at a joint event for the elderly held by the Young Families’ Club and KINCS.

At the conference held at the Maria Kopp Institute, entitled Careful love, the Christian Democrat Member of Parliament stated that they desire to protect the elderly both physically and existentially and not allow the liberal worldview to turn generations against each other. Elderly must be given the respect and esteem they deserve, as they have worked for it; this "obligation by status" is also embodied in the policy decisions of Fidesz-KDNP. He added that it is a sign of existential appreciation that the government will preserve the value stability of pensions and that the re-introduction of the 13-month pension will begin.

István Hollik emphasized, that the defence during the first wave of the epidemic was successful in Hungary as a result of the swift decision-making, the sacrificial work of the health workers and the responsible behaviour of the citizens as reasons. According to him the national consultation was great help in preparing for the second wave. During the latter consultation, almost two million people expressed their views, which was characterised by the desire to protect those for whom the coronavirus is dangerous, while letting the country function. He believes if people join forces and take care of each other, they will defeat the epidemic together. 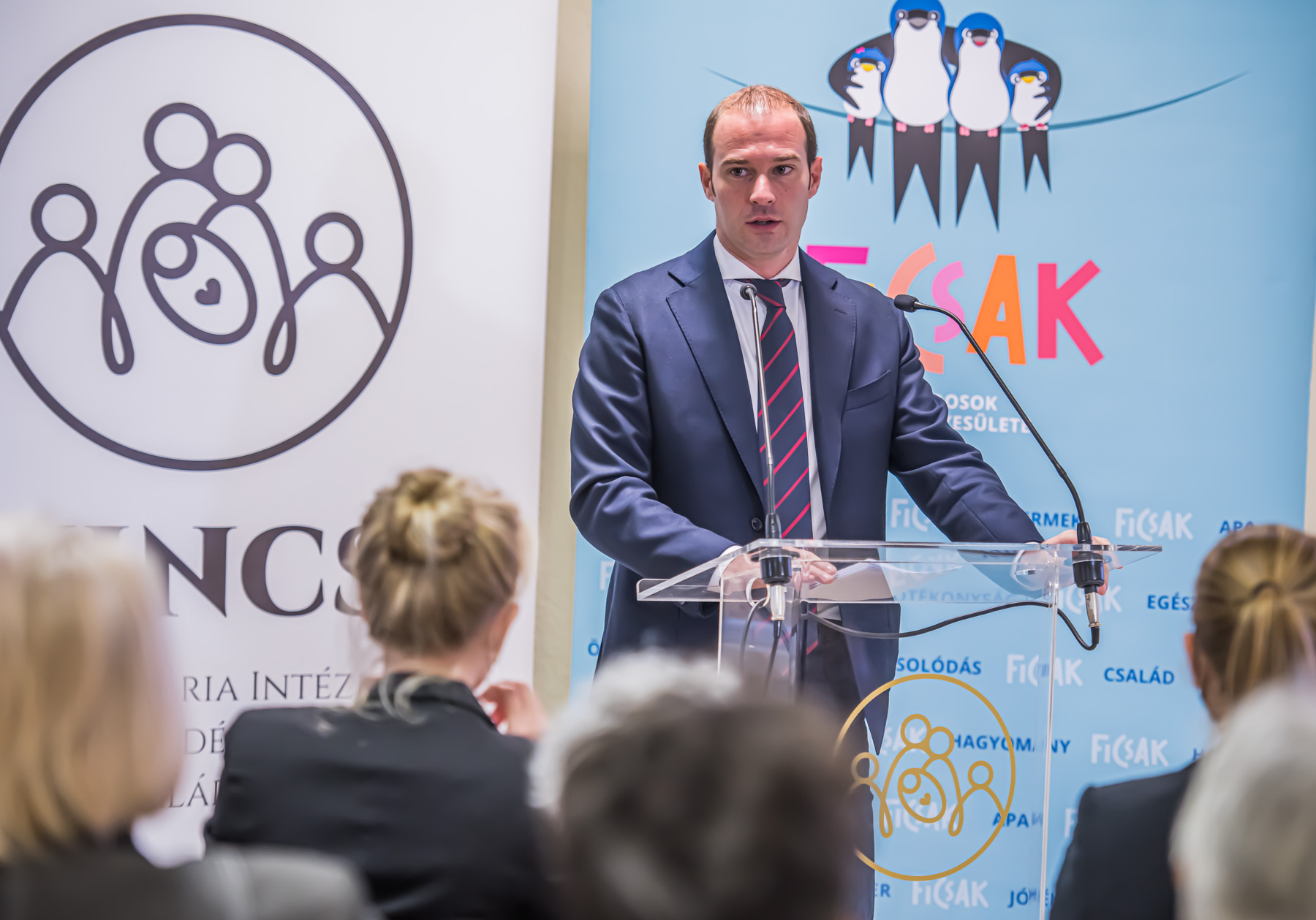 István Simicskó, the leader of the KDNP fraction, said in his video message that society needs the experience, wisdom and love of the elderly, they are the ones who have given a life-long mission - "roots and wings" to their children and grandchildren. He asked young people to appreciate older ones, to pay even more attention to them during the epidemic, so that they could live among us for as long as possible.

Pál Győrfi, spokesman for the National Ambulance Service, said that the second wave of the epidemic is even more a period of community responsibility, so even if this means sacrifices, everyone must comply with the restrictions. He pointed out, that although the epidemic is most prevalent among younger people, it reaches older people through the chain of infection, who are at higher risk for complications. According to Pál Győrfi, the Far Eastern philosophical approach can help to overcome the epidemic: according to which, we can be effective in the fight against our enemies if we learn from them. He opined, since the spread of the virus is characterized by simplicity, consistency and seeking contact, these should be taken into account in the defense. He stressed the need to keep the country running in a way, that in the meantime we can mitigate the damage to health. He was confident, that he would soon be able to overcome the second wave of the epidemic, saying we could "succeed together again" as we did in the spring. 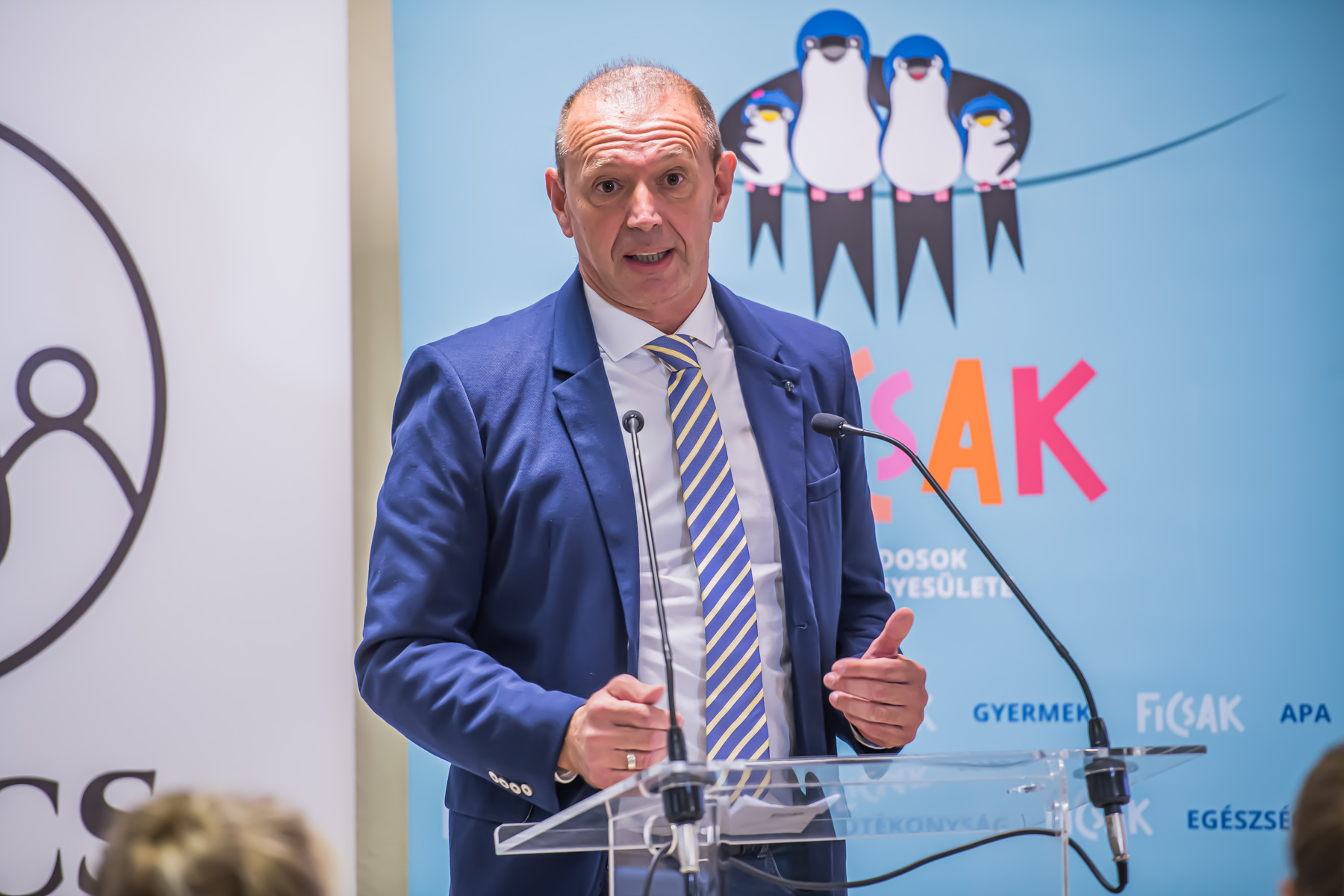 According to Zsófia Rácz, Deputy State Secretary for Youth, just as the older generations need to share their life experiences, the young generation now needs to share their knowledge in the online world. She opined, that if the epidemic had a positive lesson, then it is that, that nothing may be taken for granted, everything should be re-evaluated, including family relationships. She added, the role of communication has increased and was re-evaluated during the virus, so unreliable information should not be allowed to cause fear or panic in the elderly. According to her, young people have the responsibility to help older people find their way around credible information sources. She asked young people not only to help their grandparents, but also to be present for those elderly, who’s families are not available nearby every day. She said the value of volunteering has increased and taken on a new dimension, and expressed hope that the good practices now introduced would be retained later. 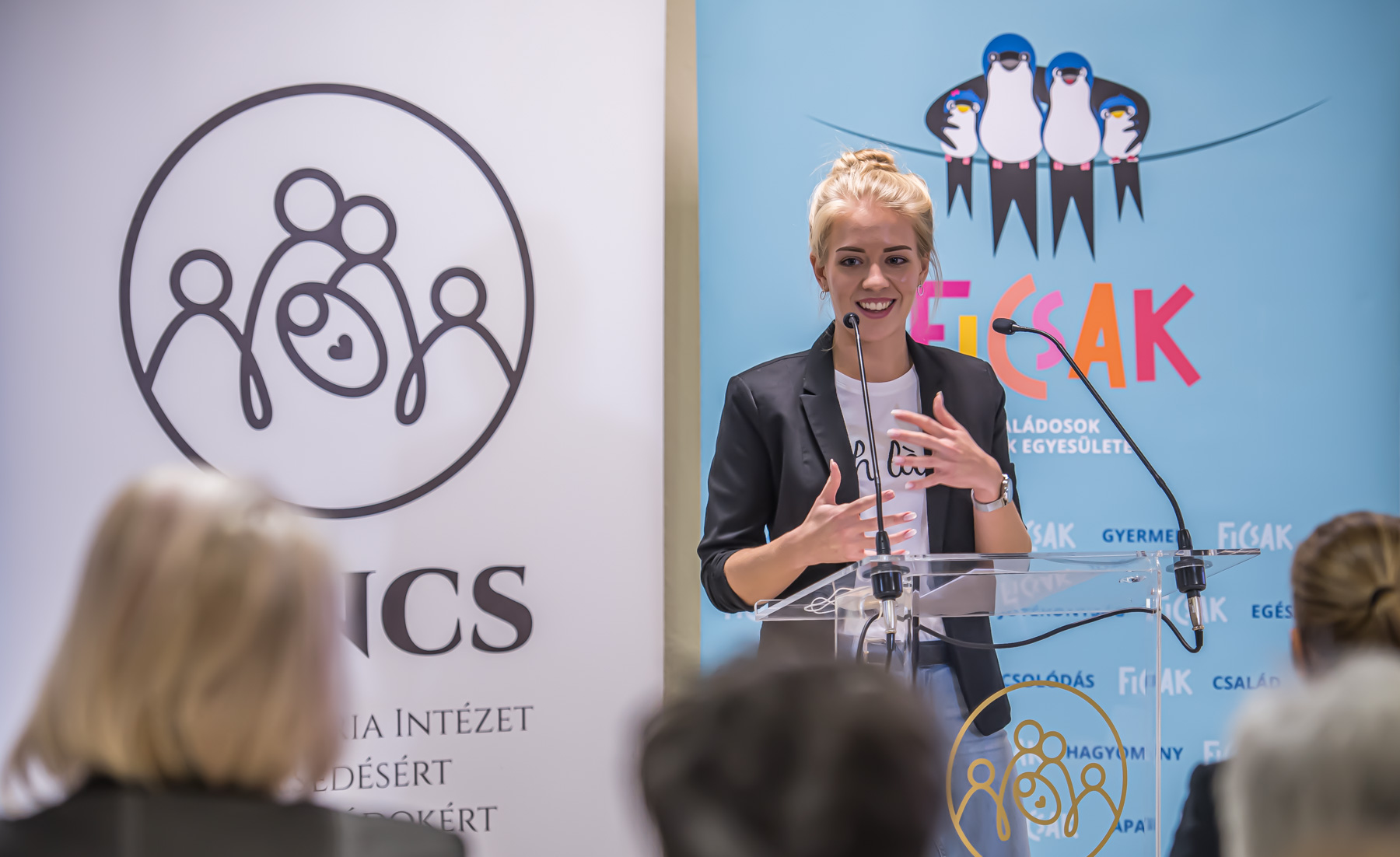 Nóra Király, founder of the Young Families’ Club (FICSAK), spoke about the fact that although the epidemic has disarranged everyday life, the really important and valuable get-togethers, even in digital form, should not be given up. According to her, the situation should be humbly accepted, but it is important to make the most of the opportunities given, she thus alluded to the online coverage of the conference. 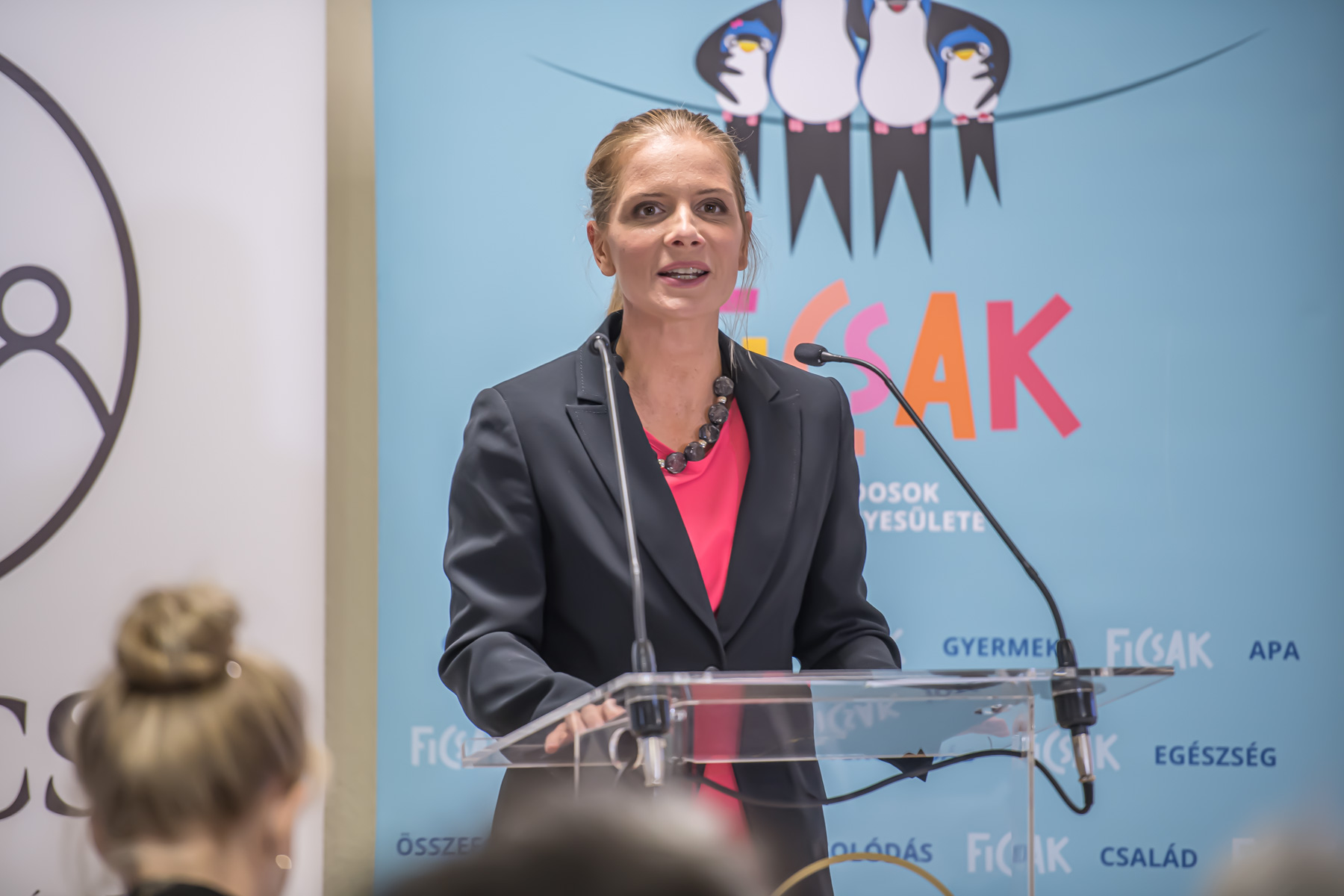 Tünde Fűrész, president quoted Mária Kopp the Hungarian scientist the Institute is named after and drew attention drew attention to the fact that it has a positive effect on the physical and mental health of the elderly if they live this period of life in an active way. Describing the research of the institute, she said that more than 80 percent of young people surveyed said it would promote having a child if they know they can entrust their grandchild to their grandparents. The help of the older generations has a positive effect on having children and also makes raising children significantly easier, she said. She emphasized, that the role of grandparents had increased; while in 2004, 57 per cent of those aged 55-80 said they were actively involved in caring for their grandchildren, today that number has risen to 70 per cent. She added that they are helped, for example, by the grandparent GYED or the Women-40-program, the latter already affecting more than 290,000 women. She said, intergenerational cooperation is strong in Hungary, according to their research, this has become even stronger as a result of the epidemic situation. At the time of the first wave of the epidemic, three-quarters of seniors were able to rely on their children, and 70 percent of young people said they kept in regular contact with their elderly relatives. 20 percent of those surveyed said family relationships had improved, she added. 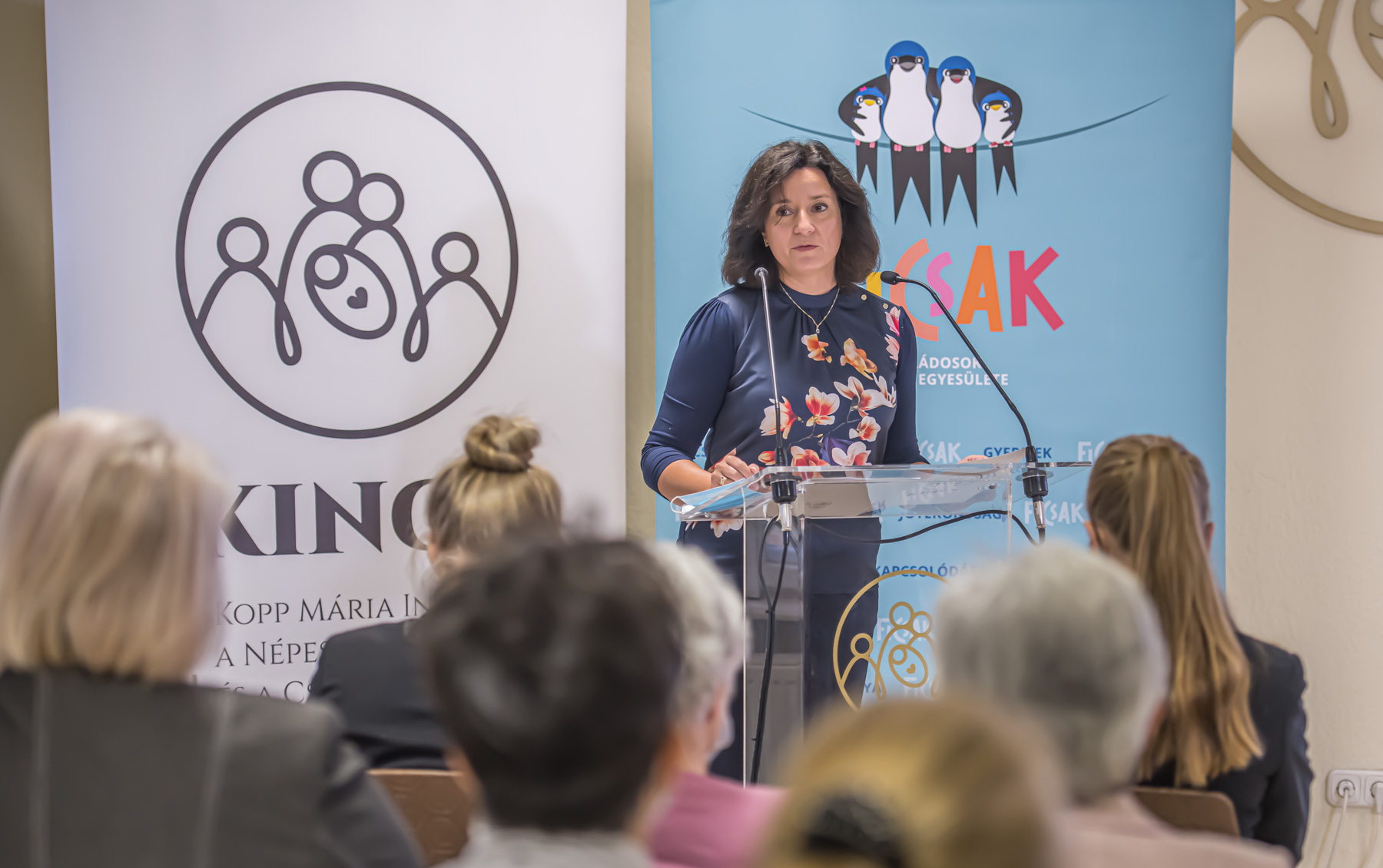