Press Release: A positive childbirth experience helps in having another child

Research on the circumstances of childbirth

Mothers who have given birth without interventions have a more positive appreciation of the childbirth experience, which may facilitate them having further children, according to a recent study by the Maria Kopp Institute for Demography and Families (KINCS). The way mothers experience childbirth is important for both the birth of the children being wished for and the growth of families. 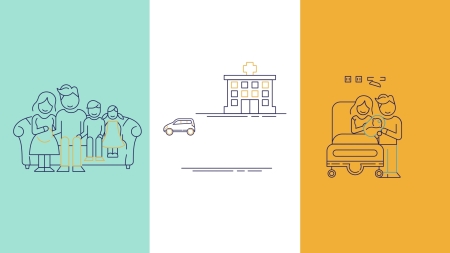 Childbirth is a defining experience in every woman's life. Recognizing the importance of women's experience while giving birth on having subsequent children, KINCS has conducted a comprehensive survey amongst 2,000 mothers.

On a five-point scale, women who gave birth to a child since 2010 rated their gestation period at an average of 3.92, their childbearing conditions at 4.12, and their postpartum conditions at 3.57.
The results show that family-friendly environment, social and family support have a clear positive correlation with birth experience. Data also show that mothers, who had the father present at birth were more positive about this life event. For spouses, giving birth with the father being present is more common, with 65.3% making use of this option, while 49.6% of cohabitating partners have decided so.

Those who gave birth to a baby through cesarean delivery or following high-risk pregnancies were somewhat more negative on their giving birth, than those having a natural birth. While two-thirds of women giving birth naturally, less than half of those with cesarean delivery reported a positive birth experience.

Breastfeeding is also an important milestone in the process of becoming a mother. Those mothers who were able to breastfeed their baby already in the hospital, also experienced a more positive post-natal period at home. On a scale of one to five, nursing mothers in the hospital rated this period at 3.66, while non-nursing mothers rated at 3.11.

The more satisfied the mother was with the maternity care and the preparation for childbirth, the more positive her birth experience was.

Married people are most satisfied with the factors that determine the birth experience, and they also have had the most positive opinion about the days following childbirth.