Press release: More children may be born if there is grandparental help available

Having a good intergenerational relationship provides a solid foundation for families, according to a recent study by the Maria Kopp Institute for Demography and Families (KINCS). The intergenerational survey was carried out with the involvement of 1000 adults; young people aged 18-25 and elderly ones aged 65-75. Both generations are basically pro-marriage and pro-child, while mutual support is also seen as extremely important. 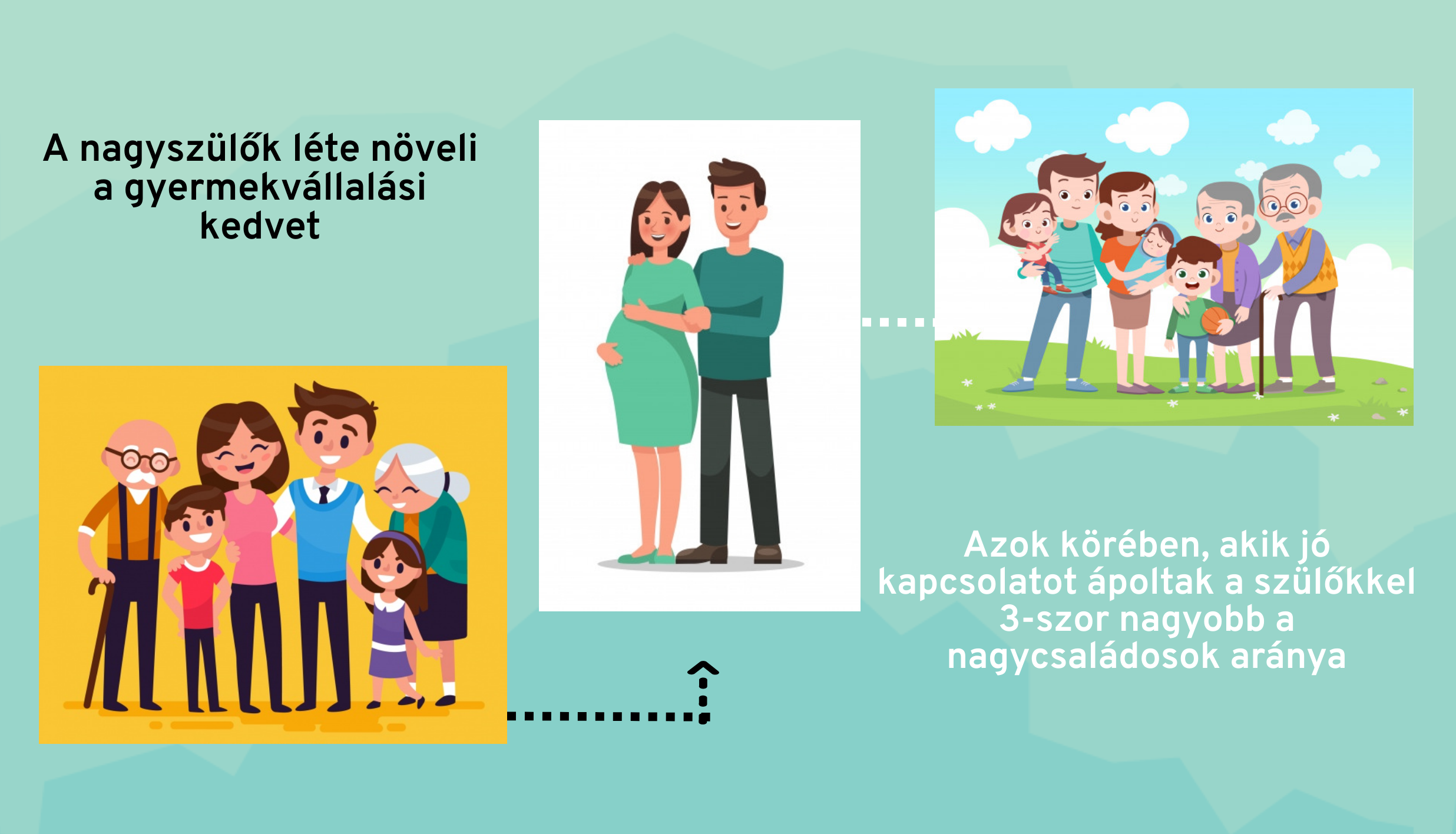 From the point of view of having children, the vast majority of respondents believe that parental help is very important for a young couple - 88% of young people and 93% of elderly think so. More than three quarters of them say the occasional possibility to have children looked after by the grandparents helps them in having children.

Almost half (44%) of those in their early twenties want more children than their parents have; and 39% of the elderly would have more children if they could restart their lives.

The majority of young respondents (59.5%) plan to live in marriage, whereas 63.2% of the elderly and slightly more than half of the young people think that those having a child should marry. Almost everyone among young people, who is planning a marriage (97.1%) also wants a child. The importance of intergenerational relationships is shown by the fact that among older people who have or have had a good relationship with their parents, the proportion of large families is three times higher.

The majority of young people surveyed (74%) would be happy to take care of their elderly parents, so the elderly could count on a younger age group. Young people want to spend more time with their grandparents, with only one third thinking they are spending enough time together. Most respondents have also agreed that the young couple should meet their parents as often as possible.

The results of the latest research published by KINCS on the International Day for Elderly People reveal that the active presence of grandparents in the family can positively influence young people's desire to have children, and that intergenerational cooperation supports the birth of families and their daily lives.