Childbearing is a value issue

The low birth rates are also a major problem in the countries of Central and Eastern Europe, and the governments of Croatia, Estonia, Lithuania and the Czech Republic are trying to encourage childbirth by various means. Representatives of the four countries presented their family support system at a roundtable at the 3rd Budapest Demographic Summit on Friday. 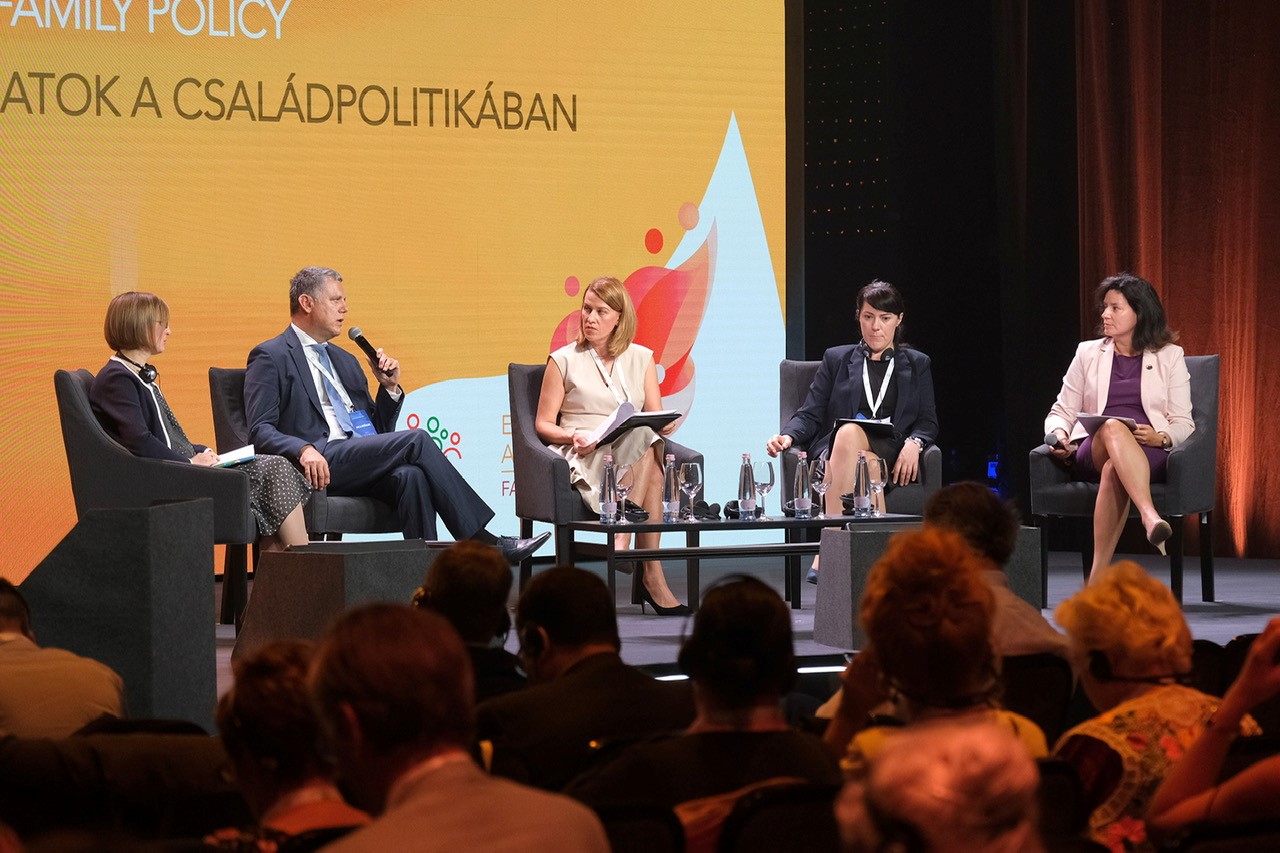 Tünde Fűrész, President of the Maria Kopp Institute for Demography and Families (KINCS), said in her introduction that the establishment of the Institute was initiated by the Secretary of State, Katalin Novák. The Institute conducts policy research and analysis, and thus contributes to family policy decisions. She has highlighted that they have recently analysed the family policy systems of 45 European countries, with the CEE countries ranking in the first third.

Ivica Bosnjak, Croatian Deputy Secretary of State for Demography explained the situation in the country: with 1.2 million families living in a state with 4.5 million people, 30 percent of whom have no children and 50 percent having only one child. In Croatia, the population has been steadily declining over the past five years, therefore the government has invested heavily in improving kindergarten care, doubling childcare, encouraging tax breaks for children, providing housing for young people, and working to improve health care. He also reported that he was confident that, according to a recent survey, Croatian young people are planning to have more than two children on average.

Lea Danilson-Järg, head of the Family Policy and Population Department at the Estonian Ministry of the Interior said Estonia had no Ministry of Demography for the past ten years, and the newly elected new government wants to fill this gap. The country introduced a generous family support system in 2004, such as a 1.5-year maternity leave, and expanded the child-care system, which has led to an increase in the employment rate and fertility rate of Estonian women. However, the number of births has fallen in 2010, but now it is rising again. She has also stated that they are about to support those who cannot have children for health reasons, the state would cover the cost of the treatment, and they would even like to deal with housing in the future.

Gaila Matulyte, Advisor to the Lithuanian Ministry of Social Security and Labour said in Lithuania the biggest problem in recent decades has been migration from Lithuania, but nowadays migration back to Lithuania is also a problem, as returnees need to be reintegrated into society and children who do not speak the language often need to be re-involved into education. Another major problem in the country are high suicide rates and poverty, she added. They believe that poverty is the biggest obstacle to having children, so the government provides financial support, kindergarten placement and extra health care for families with children, and a new work code emphasizes work-family balance, reported the Lithuanian consultant.

Head of Cabinet to the Czech Prime Minister, Tünde Bartha said the country had its highest fertility rate of 2.6 in the 1970s, thanks to subsidies such as pre-marital loans, housing subsidies, crèches and secure jobs. Currently, measures like these, along with tax reliefs, free educational tools and maternity leave of up to four years, are trying to encourage childbearing, but still only an average of 1.7 children per woman of childbearing age are born. In her view, the younger generation should also be asked what they need and be better involved in decision-making.