International Day of Families - Family Affairs Are a Cultural Issue

Family affairs are spiritual, intellectual, value and cultural issues at the same time - said the President of the Kopp Maria Institute for Demography and Families at a Tuesday conference on the subject at the Academy. According to Tünde Fűrész, the family-friendly approach is increasingly pervasive in Hungarian society and even in the economy. 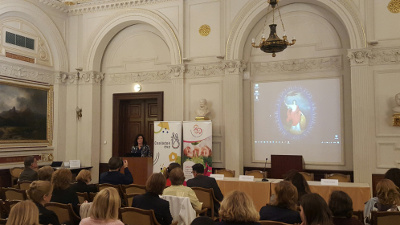 On the occasion of the International Day of Families, organized by the Three Princes, Three Princesses Movement, the attention was drawn to the fact that this approach is becoming more and more visible, thus that it is now attractive to operate a company or even hospitals in a family friendly way.

Tünde Fűrész, formerly a deputy state secretary for family policy and demography, said that the recently launched Institue, as a governmental institution is intended to help family policy act as efficiently as possible and therefore carry out research and analysis.

She told them that their work, like the Three Princes, Three Princesses Movement, is primarily intended to support the desired, planned children of the couples to be born. She recalled that the United Nations declared May 15th as the International Day of Families in 1994. In the announced call they have declared that the family is the smallest entity of society, and that families were the main contributor to sustainable development, she said.

She added that this is shared by the Hungarian governments’ views and these ideas have already been formulated into the legislation, including the Fundamental Law or the Family Protection Act.

Without a harmonious working family, there is no well-functioning society - she quoted the text of the latter Act, also being the slogan of the Institute. She said that promoting the physical and spiritual well-being of families is not just a mission of various institutions or the government, but of civil organizations, economic actors or the media. She announced that this year, in the year of families, they have revised the strategy of the mental health program of Maria Kopp, and in the Institute they are now working to their proposals being turned into concrete actions by the government.

György Purebl, deputy director of the Department of Behavioral Sciences at Semmelweis University, has pointed out, among other things, that there was never a culture whose basic unit was not the family. He was talking about the human's being able to exist in a family, may also be a genetic, biological constraint. Thus, it is also independent of the given culture that one feels good within a family. Speaking of the growing spread of mental illness in the world, he has pointed out that the forces inherent in the family can protect against these and community cultures can use this possibility well.

György Velkey, Director-General of the Hungarian Hospital Association, said that because of the recent family-friendly hospital and hospital department awards, partly due to this way of recognition, family-friendly culture is increasingly present in healthcare, such as in pediatrics or obstetrics.

As an example he has mentioned a small rural department of pediatrics where no central resident has applied in recent years, but since the department has received a family-friendly award, several candidates have posted their application. Fruzsina Skrabski, president of the movement, the name giving person of the Institute, daughter of Maria Kopp, called the attention to the persons looking for partners and to the supporting communities surrounding the families.

We need a community to find a partner, to reconcile family and work, so that a mother does not stay alone, so that the spouses do not divorce, and community is needed also to be happy as children and in adulthood, said among other things, the leader of a movement that is launching programmes for dating, wandering cribs or baby flags.